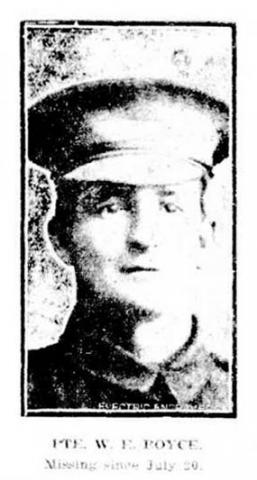 William was severely wounded during the Battle of Fromelles.

Another soldier said in a report that they had to leave him in the German trenches when the enemy made a counter-attack.

His name appeared on German death list dated 4-11-1916, and his identification disc was sent to his family on March 1917.